From NCS to RGB conversion

To use the tool, enter the different devices in the NCS code, in the first field in the gray box below. Then press convert to see the result in letter number two. You will also get the code converted to HEX, see the NCS code as you entered it, as well as see the example of using the color (converted to HEX). Examples of NCS color codes: NCS 3030-Y80R, NCS 3020-Y70R, NCS 2020 Y50R, NCS 1020-Y30R.

The color is indicated by a code consisting of six digits and two letters, for example. 0580-Y10R. The code indicates the color's relationship with four colored colors - yellow (Y), red (R), blue (B) and green (G) - and two uncoloured colors (black and white). The first two digits indicate the color "blackness" of the color; the color of the next two colors. The last part of the code indicates the color of the color between two colored colors. Y10R means that it is a yellow color with 10% red. Colors without colored colored colors are designated by N after the first four digits. An S front code shows that the code applies to system version 2. Codes with and without S do not match.

The NCS is said to be "natural" in the sense that it corresponds to the way the eye perceives colors and color tendencies. It has proved difficult to prove the claim.

RGB (Red, Green, Blue) is a color model used for additive color blend, ie colors that result from emitted light with different wavelengths. The model uses one tone row (channel) for each of the three primary colors, red, green and blue.

The model itself does not exactly define the primary colors, and any color that occurs as a mixture ratio of the three will not be exactly defined, but relative. 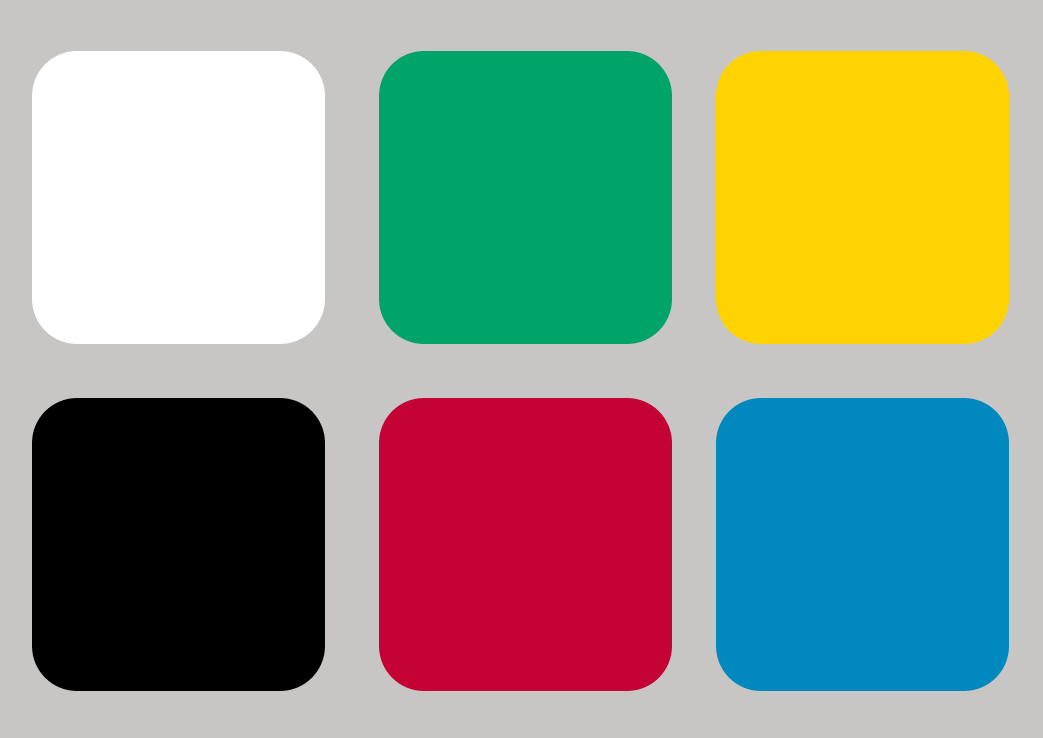