Enter temperature in Celsius, Farenheit, Kelvin or Rankine and press calculate, the response is displayed in mph, knots, meters per second, feet per second or kilometers per hour.


The speed of sound

In fluid dynamics, the rate of sound in a fluid medium (gas or liquid) is used as a relative measure of the velocity itself. The speed of an object divided by the velocity of the fluid in the fluid is called Mach number. Objects moving at speeds greater than Mach1 travel at supersonic speeds.

The sound velocity of an ideal gas is independent of the frequency, but does not vary slightly with the frequency in a real gas. It is proportional to the square root of the absolute temperature, but is independent of pressure or density for a given ideal gas. The sound speed in air varies slightly with pressure just because the air is not quite an ideal gas. In addition, for different gases, the velocity of the sound is inversely proportional to the average molecular weight of the gas, and is less affected by the number of ways in which the molecules of the gas can heat up from compression, since the sound of gases is a compression wave. Although (in the case of gases only) the velocity of the sound is expressed in terms of both density and pressure, these amounts interrupt in ideal gases at any given temperature, composition, and thermal capacity. 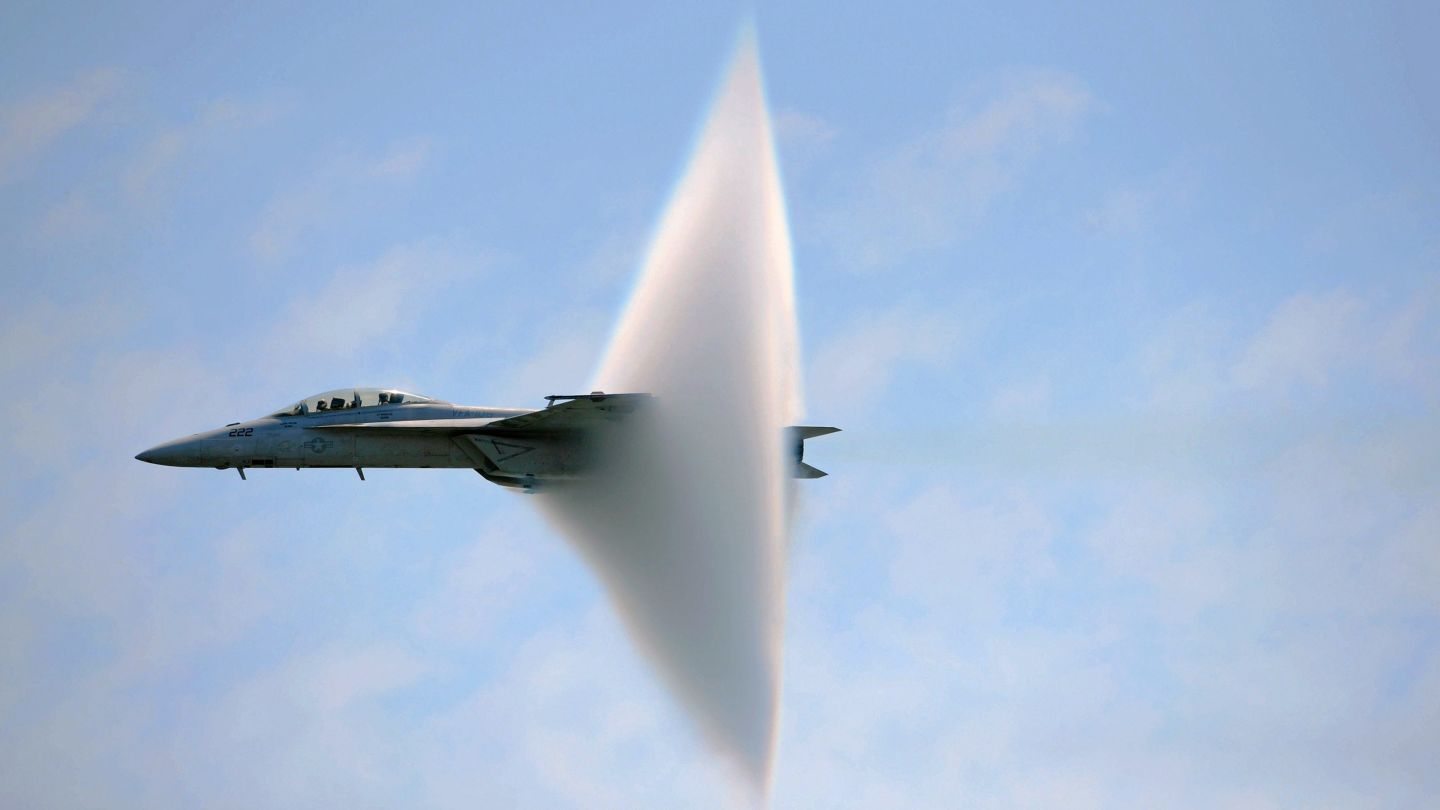 The picture above shows a plane that breaks the sound wall as it passes the sound speed.

In common daily language, the speed of sound refers to the speed of the sound waves in the air. However, the rate of sound varies from fabric to fabric. Sound travels faster in liquids and non-porous solids than it does in the air. It travels about 4.3 times as fast in water (1484 m / s), and almost 15 times as fast in iron (5120 m / s), than in air at 20 degrees Celsius. Sound waves in solids are composed of compression waves (similar to liquids and gases), but there is also another type of sound wave called a shear wave, which occurs only in solids. These different types of solids waves usually travel at different speeds, as exhibited in seismology. The velocity of a compression sound wave in solids, is determined by the media's compressibility, shear modulus and density.